Warning: A non-numeric value encountered in /home/customer/www/nextgcal.com/public_html/wp-content/themes/Divi/functions.php on line 5763 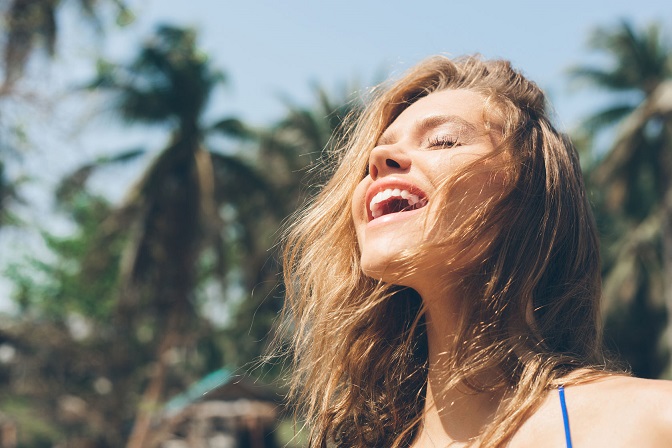 Okay, so you’ve heard the usual facts. Vitamin D is good for healthy bones and teeth, and you need calcium as well, you get it from sunlight and fish, and it might improve your mood. It is even good for expecting mums and baby health. Well, this is all true. But biologically, Vitamin D does a whole lot more. Here, we explore in a bit more depth the lesser known roles that vitamin D plays in brain and body health. Vitamin D is a hot topic in natural health at the moment, so it is worth spending some time to think about how it might benefit your health.

Well, it is actually a lot like a hormone, in the way it travels through the blood and goes to different tissue in the body, including the brain, heart, intestine, pancreas, muscles, bones and skin. Only it has more localized effects. The vitamin itself is a unique type of cholesterol, and is fat soluble. This allows it to stay in your tissues for long periods of time, but it also takes a long time to build up. The vitamin can easily enter cells and bind to special regions of DNA in your chromosomes. So vitamin D binding has direct genetic effects, making it very important in a lot of different biochemical processes.

Vitamin D and your skin

Yes, it is true, vitamin D lives in skin (epidermis) and becomes an active form by action of UV light produced by sunlight, when it then enters the bloodstream. So short daily exposures to sun can increase vitamin D availability in your body, but it not recommended for prolonged periods due to cancer risks. Your body also still requires a dietary source of vitamin D. In the skin itself, vitamin D has been shown to regenerate epidermal layers [ref] and keratinocytes [ref]. Vitamin D deficiencies may also be associated with skin conditions such as eczema and psoriasis, and can occur when there is less available sunlight. People with darker skin are more prone do Vitamin D deficiency, because of the ability of the skin pigment melanin in blocking out UV rays.

Vitamin D in immunity and infection

Conditions such as rheumatoid arthritis, asthma, diabetes, inflammatory bowel disease and allergies are all due to problems with your immune system. Vitamin D is believed to be preventative of many of these types of problems. One particular region of DNA that the vitamin D binds to has been found to block production of some types of inflammatory proteins by white blood cells1. Amazingly, Vitamin D also helps fight off infection by inducing the production of antibiotic peptides in the blood. These are proteins made your own immune system that can actually kill bacteria directly2, much like chemical antibiotics drugs prescribed by doctors.

Insulin is an important hormone released by your pancreas to control glucose levels in your blood, especially after you eat. It is now known that vitamin D induces insulin production3. This suggests that the vitamin may be involved in diabetes or metabolic syndromes and chronic obesity. Indeed one clinical study found a direct correlation between increased vitamin D levels and reduced body fat in women.4

Of course, the reverse is true, in that control body fat levels can have long term benefits on cardiovascular and metabolic health, and reduces the risk of acquiring lots of different health problems, including type II diabetes. Vitamin D deficiency is associated with increased risks of cardiovascular disease and high blood pressure. Some research suggests that Vitamin D supplements may improve these indicators of cardiovascular health people with deficiency.5

Vitamin D during pregnancy and lactation

Due to the high growth rate of the baby during late pregnancy, expectant mothers have a much higher demand for Vitamin D than normal. Vitamin D deficiency during this time is linked to a variety of perinatal complications, such as high blood pressure (pre-ecclampsia) and gestational diabetes, preterm birth and low birth weight. This also extends to post-partum life, when deficiency can lead to increased risks of infections6. This, ironically, is thought to be due in part to the induction of antibiotic peptides.

Vitamin D in mood and depression

There is some speculation that Vitamin D status may be associated with brain health, and this is often in the context of seasonality. Seasonal affective disorder (SAD) is a depressive condition associated with lack of sunlight, and supposedly, lack of vitamin D levels, although the jury is still out on that. The same theory applies to vitamin-D depleted women during late pregnancy and after birth, in relation to post-natal depression. Again, there is still insufficient evidence of this. Interestingly, one observational study described an improvement in mood reported by subjects that took a vitamin D supplement during winter7. Also, vitamin D levels in vary over the course of 24 hours8, so It remains to be seen whether the circadian rhythm and length of daylight hours plays a role in your state of mind.

In summary, Vitamin D does a lot more than just improve bone health. You may want to consider incorporating it in your daily nutritional regimen, especially if you suspect you may be deficient. In the meantime, take a short walk in the sun – it’s free!